Strait is in Paris shooting photos for a magazine when a bomb goes off that nearly kills a minister of the government cabinet. In the aftermath, his film is confiscated under mysterious circumstances but not by the police. Suspicion of domestic terrorism and its possible link to the highly esteemed Foreign Legion causes the police to hesitate in giving a flustered and frustrated Strait much information. Strait is now on his own in finding the suspects who stole his film and the story. 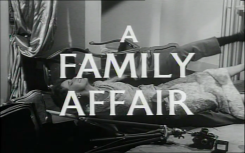 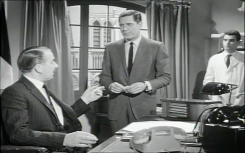 Ex-soldiers turned terrorists is a fine trope for an episode and when its found that the man Strait suspects is known to be dead, he is ready to find out that story. Needless to say as an American who has always found some mystique in the town of Paris, this episode setting pleases me as does the storyline. As he finds, the discovery of the lives of these terrorists opens many more questions about love, power and war.

In the deep jungles of Kampala, Strait wakes up in a remote hospital bruised and broken after an attack on his group by a rebel force.  There he meets the no longer illusive Dr. Moretti. The rebel forces (The Glorious Peoples Army) see the strategic gains of taking over the hospital in their march throughout Kampala. The rebel forces seek to discredit Moretti’s influence however Moretti’s moral standing will not allow himself to cower down to the Glorious People’s Army’s demands. 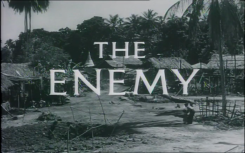 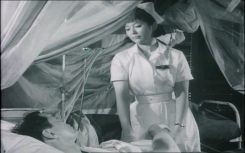 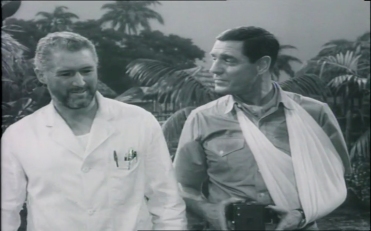 The Enemy episode coming from a perspective of the 21st century has many unpleasant aspects to its production. At the very least are the questionable portrayals of people from the Asian continent by clearly white British males. These “yellow-face” choices do show what was deemed acceptable in terms of casting at the time. Also to shine a light on its sexist bend the female characters were appropriately cast with known Chinese actresses. To be slightly more objective, Anthony Quayle has such a strong presence on the screen and does an admirable job at helping this story out with his distinguished acting. Otherwise this episode falls flat and is not one of the better ones in this series.

From the rubble of a post-war Berlin a haunting word of warning about the greatest specialist for the kill. Unbeknownst to Michael Strait, an assassination attempt is planned of a powerful politician and Strait will be pulled in to stop this from happening. Who is this specialist and how could they sneak past the watchful eyes of the American government in West Berlin. 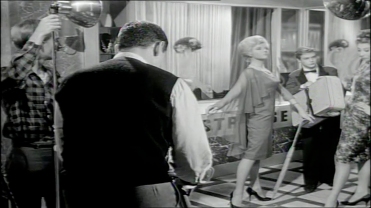 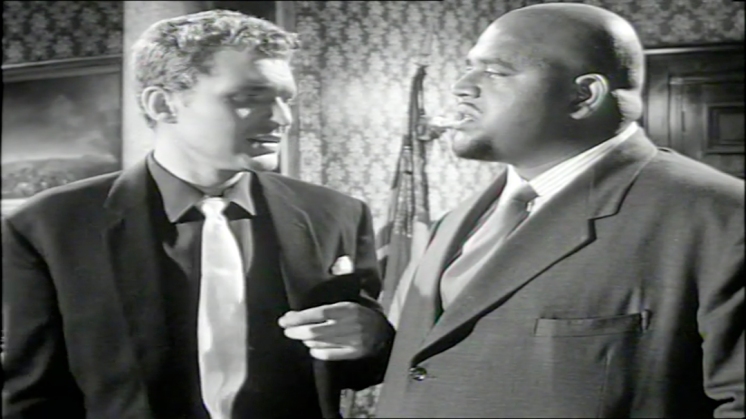 Berlin, the center of the divided world, sets the stage for this episode. Strait is on a photo assignment but is quickly on the lookout for an assassin. Although the American authorities are not particularly interested in saving General Majcek’s life, they rather not have an assassination happen in West Berlin.

A gullible rich American purchases a painting with a special likeness to his daughter, but there is something suspicious about that painting that riles up Michael Strait’s intrigue.  From the person that sold it, to the artist that painted it shows a trail of deceit that looks to forge itself into the world of fake art crime. 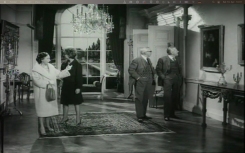 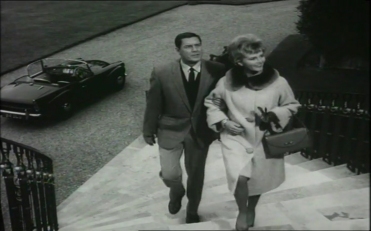 A scheme to procure exorbitant amounts of money for forged art seems to be working until Michael Strait catching wind of it. This episode’s rich cast with ITC regulars Colin Gordon, Donald Stewart and the early cinema star Bessie Love bring together a story of cleverly handled suspicious art deals with unsuspecting wide-eyed buyers. Touché to the sub-context of the silly rich American stereotype whose new world style still doesn’t prepare them for an old world treachery.

A young woman has extraordinary skills in telepathy to see through a murderer’s lies, Scotland Yard finds it hard to argue especially when she was able . However Strait finds it hard to believe in this clairvoyant although his interest in seeing where this woman comes from may make him a believer. As he spends more time with her, he realises she does posses some sensational abilities that make her quite super human.

The Mindreader exhibits Michael Strait’s skepticism towards the world of the supernatural. When faced with Carla whom had already gone through a litany of tests about her telepathic abilities, Strait looks deeper into a more realistic reason why she seems to read or understand what those around her are thinking. This episode also features a large number of on-location shots of London which serves as a time capsule of the early 1960s there.