A film room has been vandalised and piles of film were set alight. The master negative of a 5 million dollar film is missing and all the other copies were burnt in the fire. The blackmailer brings in a canister of one part of the film’s negative and sets his terms for the release of the remaining negatives. Harry tries to follow this blackmailer as he leaves the office but the crook goes missing. He always goes missing. His hiding spot must be in the building and it must be found before more film burns. 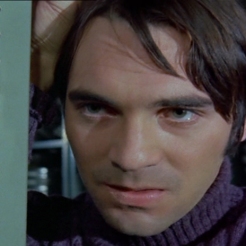 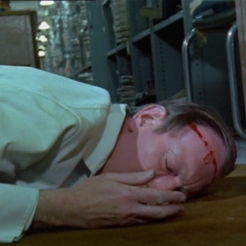 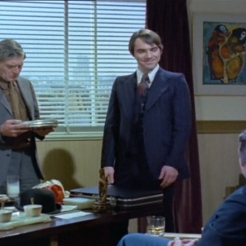 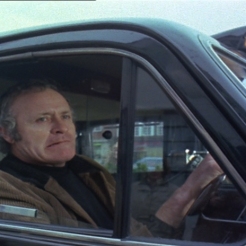 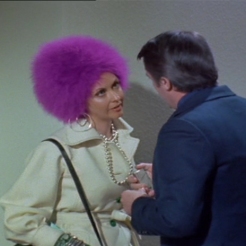 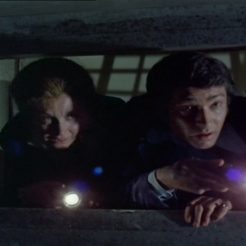 Blackmail from within is always a tantalising story and this episode provides an adventure that follows Harry in sorting out the case of the missing film negative. A young man who seeks his gain through such means must be considered a threat in the eyes of the movie company. This is as good as the last three episodes that are finishing off the second season well.