Contessa and Harry have lost sight of a Senator that was investigating the Mafia in Roma. Later the Senator was found with blackmail over his shoulders demanding he does not release the report. Contessa and Harry are now investigating why the Senator is being setup which will take them into some more seedy parts of Roma. It is proving difficult to get to the head man but Contessa may have found the connection. She is taken to a blind man who will show her the contact and then is instructed to follow him. Harry is taken for a loop and finds himself in a lot of trouble while Contessa finds herself in a blind spot. 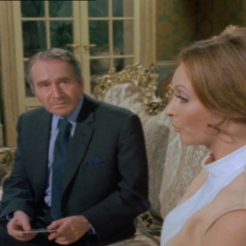 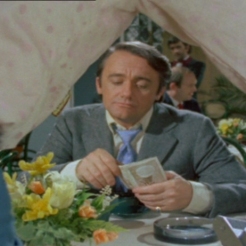 This episode starts in Rome and it looks beautiful. A story of exposing the mafia is nothing new but Terrence Feely found a fun way to storytell this saga. I enjoyed this episode especially an appearance of a young James Bolam.