A minister is killed by an assassin at a party hosted by the daughter of an outspoken racist Glyn Crowley. The gun found near the scene belongs to Mr Crowley and he cant supply a concrete alibi for himself during the time the murder took place. Officials are weary about arresting Crowley because of his apparent willingness to get arrested, ultimately making him a martyr for his racist cause. Lately Crowley’s rhetoric has become louder and louder as he tries to incite anger and resentment for the black migrants coming into England. There must be a way to hold back the anger towards the migrants but still allow free speech. But free speech cannot be used to break the law. 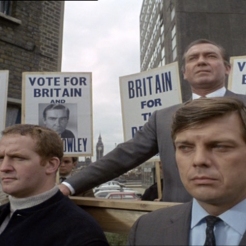 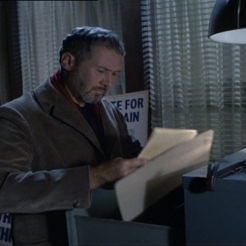 This episode is another episode in this series that touches on some issues that would have been very present in England, especially when this was filmed. Freedom does not allow all freedoms that one could imagine. Freedom needs to be culled into an understanding that fits within the areas beliefs and understanding. Of course as time progresses, a society needs to adjust its laws to enable an even spread for those governed under those laws. Especially for the minorities. 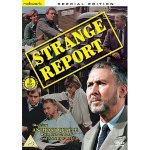