Mannering has been fooled by an impostor selling the Seven Eyes of Night and is out $300,000. The thieves are smart enough to fool John but may not be smart enough to keep out of trouble. The safe was opened without force and this is a clue to indicate that someone knew the combination, likely an old employee. The efforts of the detectives are turned when the Seven Eyes of Night are found exactly where they were suppose to be, in the safe. Nancy Cummings was a previous employee who knew the combination and is the only possible suspect. John is on the warpath to get his money back and his first stop is Nancy Cummings place in Paris. The cohesion of the thieves is wavering which is a huge liability so Mannering is putting stress on that relationship. Nancy is found dead in a possible suicide but the hunt would have to continue towards a close friend of hers. The sinister efforts may have been successful initially but Mannering is determined to find the thief and his money. 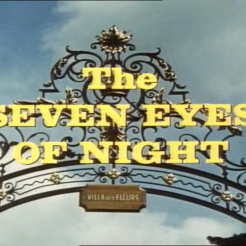 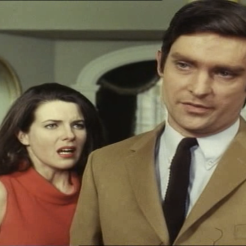 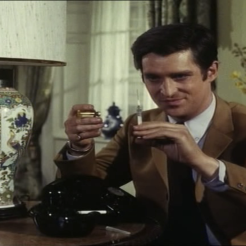 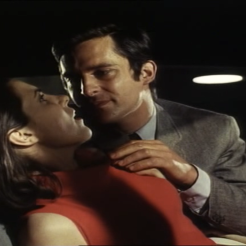 I must say initially that this episode to me is all Jeremy Brett. I have loved his work as Sherlock Holmes in another TV series and so it is a wonderful thing to see him in this series as good or better an actor as anytime in the Sherlock Holmes series.  There is a fun line about 12 minutes in when the thieves are in their car and Jeremy Bretts character coughs then says “Why dont you try smoking tobacco sometime?”. Intended or unintended a fun twist to the dialogue. This is a great episode and a must watch of the series.