A tanker on a lone road almost hits an oncoming vehicle, after the near miss, a young woman was seen in the back of the empty tanker. Or was she? Department S is put on the job to explain the dead driver and to find the missing woman. Jason attempts to contact who he thinks was the girl in the tanker but finds her boyfriend.  When another tanker is stolen, the urgency to find out the details is strong. Stewart makes a gamble on his hunches and almost loses his hand yet gains an inside perspective. With 2 million sterling being dangled in front of Stewarts face, the trio knew they were on the right track. Annabelle finds a flight with a shiny package coming from Johannesburg and it’s arriving today , will Department S know how the heist will take place? They better or their investigation will be tanked. 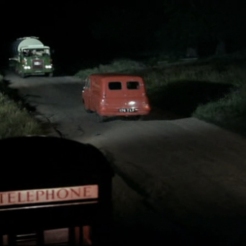 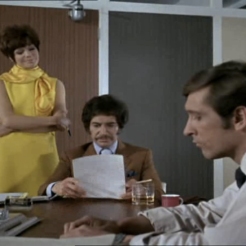 When I initially watched this episode, I had trouble seeing where this story was going. The second time around I found that I more enjoyed the acting of the Jason King character with the various women in this episode. I think this, for me, establishes Jason as a suave, charming, sophisticated agent, who could possibly have his way with any woman he comes across. There are some surprising shots that include jason ogling over women in bathing suits, annabelle topless and Stewart in, to use an Australian slang, budgie smugglers. This episode is eye candy for most who would watch and the story does add an international flair to a standard heist.